Are we all lemmings and snowflakes? by Holly Bourne 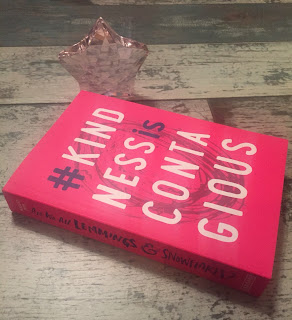 Welcome to Camp Reset, a summer camp with a difference.

A place offering a shot at 'normality' for Olive, a girl on the edge, and for her new friends, who are all dealing with their own battles.

But as Olive settles in, she starts to wonder - maybe it's this messed up world that needs fixing, and not them. And so she comes up with a plan. Because together, snowflakes can form avalanches...

I've devoured every book written by Holly Bourne, so I expected to like this book. I didn't expect to end up loving it even more than the Spinster Club series.

One of the reasons I enjoyed it so much is because of Olive. She's an absolutely brilliant main character because she felt so real to me. She's complicated and multifaceted with a great sense of humour. The large cast of characters is great too, as each of them is distinguishable and offers something different to the story.

I also found the premise and setting of this book really original. It was the perfect backdrop for exploring mental health and as always Holly Bourne does this sensitively and realistically, with plenty of room for hope as well.

My absolute favourite thing about this book is the positive message that came through it, at the same time as acknowledging that dealing with mental health and life in general can be really hard! Ultimately, the message that 'Kindness is contagious' left me feeling hopeful and empowered, which I think are just about the best things a book can do.

This is a thought-provoking, gripping book with a powerful message and a strong voice. Holly Bourne has become one of my favourite contemporary authors. If you haven't read her other books yet, you have plenty of time before this comes out in August!

Thank you so much to Usborne for the proof copy – it was one of my most anticipated books of the year and lived up to all of my expectations!
Posted by YA Under My Skin No comments: 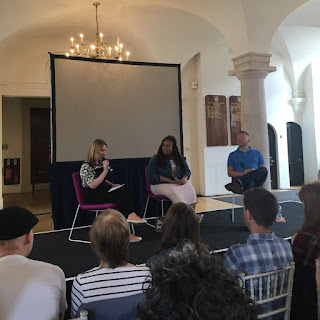 On Saturday, I had the thrilling experience of seeing Angie Thomas and Patrick Ness in conversation at the Greenwich Book Festival. I felt so lucky to see two of my favourite authors in one place, and Katherine Woodfine did a great job of interviewing them. I've tried to record as much of the conversation as possible, and any errors are my own. Thank you to Annabelle from EDPR for the photograph and the invitation!

Katherine drew an interesting comparison between the authors' books, in that both are personal. Patrick Ness explained that Release is personal in an emotional sense, but not strictly autobiographical. The book's influences are Mrs Dalloway by Virginia Woolf and Forever by Judy Blume. Patrick wrote Release in part because as a teenager he'd never read a book like Forever starring someone he related to.

Angie Thomas got the idea for The Hate You Give in university, when she thought she had to be a different person there than she was at home. She'd leave home listening to Tupac and be playing the Jonas Brothers by the time she arrived at university. She was inspired by the tragic shooting of a young black man called Oscar Grant by Police in Oakland. Angie wrote a short story in response to people at school, who thought he deserved it because of his background. 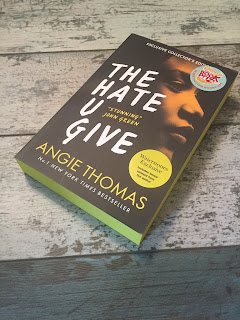 Tupac was a huge influence on Angie and hip-hop music was where she saw herself. It was rare to find herself in a book as a teenager. She grew up reading The Hunger Games and Twilight and she couldn't relate to the girls in those books. Her biggest literary influence was hip-hop.

Patrick loves seeing his books published in different languages and feels that wherever you are in the world, teenagers have the same curiosity and yearning.

Katherine asked why awards are important in shining a light on books, as both authors were nominated for the Carnegie award. Patrick thinks Carnegie shadowing is great, as it means so many teens are reading your book when they read the award shortlist with their library or school. Angie agreed about the value of shadowing groups and finds it a great feeling when a kid says they hated reading but finally connect with your book. 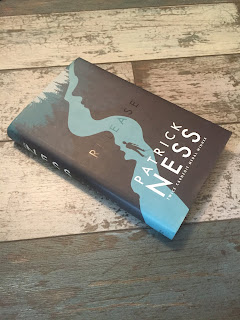 Patrick's initial goal was to get a book published and thinks it's important to really go for it with every book. Each time, he tries to push himself and take risks.

Both authors are excited to see their books made into films, and Patrick pointed out that even if the film is different, the book remains.

Angie shared some really exciting information about her next book, On the Come Up. It's set in the same community as THUG but is not a sequel. In the new book, Brianna wants to be a rapper in a male-dominated industry. Her song goes viral, and the story is about how far you're willing to go to make it.

Patrick's next book sounds fascinating too – a retelling of Moby Dick told by the whale. He's interested in how a story changes based on who's telling it and the monsters we create.

An audience member asked about overcoming self-doubt, and both authors gave really thoughtful responses. At university, Angie said she felt stories like hers weren't worth being told. A professor encouraged her to give a voice to people from communities like hers who don't have one.

The first time Angie saw herself in a book was Roll of Thunder, Hear my Cry. She took Maverick's name from a quote in the book and feels that Starr has some of the main character's qualities.

Patrick learned as a 15-year old that a book can be empowering when he read Jitterbug Perfume. The Colour Purple also had a strong impact on him. He said he can't recommend reading inappropriately enough. Kids will self-censor and if a book is too much they'll put it down.

I had a fantastic time at this event and was really inspired by both authors. Thank you to Greenwich Book Festival, EDPR and Walker Books for all contributing towards such a great event.
Posted by YA Under My Skin No comments:

I Was Born for This by Alice Oseman – review 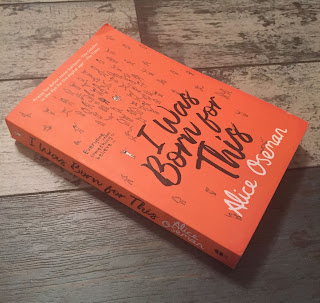 For Angel Rahimi, life is about one thing: The Ark, a pop-rock trio of teenage boys who are taking the world by storm. Being part of The Ark’s fandom has given her everything she loves her friend Juliet, her dreams, her place in the world.

Jimmy Kaga-Ricci owes everything to The Ark. He’s their frontman and playing in a band with his mates is all he ever dreamed of doing.

But dreams don’t always turn out the way you think and when Jimmy and Angel are unexpectedly thrust together, they find out how strange and surprising facing up to reality can be.

Alice Oseman is one of my favourite YA authors and I Was Born for This is another brilliantly written, moving story.

My favourite thing about Alice's writing is the way she perfectly captures a time and a context. Elements such as social media are threaded into the narrative. Through the alternating viewpoints, we're given two absolutely believable perspectives about what it's like to be in a boyband, and how it feels to be part of a fandom.

This leads me on to another thing that I loved about this book. The characters are brilliant! Usually, when there are multiple narrators, I prefer one over the other. Jimmy and Angel were both realistic, likeable and well-developed characters and there's no way I could choose between them! It was really evident how much research went into this book to create believable characters.

This book made me feel a whole range of emotions and the plot was gripping throughout. I think I'll have read it a few more times while I wait for Alice Oseman's next book!

If you liked the sound of this, try Radio Silence by Alice Oseman or anything by Non Pratt.
Posted by YA Under My Skin No comments: