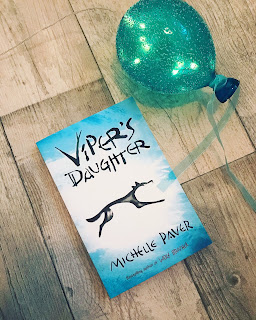 A boy. A wolf. The legend lives on.

Viper's Daughter is the seventh book in the award-winning series that began with Wolf Brother, selling over 3 million copies in 36 territories. Like them it can be read as a standalone story.

For two summers Torak and Renn have been living in the Forest with their faithful pack-brother, Wolf. But their happiness is shattered when Renn realizes Torak is in danger – and she's the threat.

When she mysteriously disappears, Torak and Wolf brave the Far North to find her. At the mercy of the Sea Mother and haunted by ravenous ice bears, their quest leads them to the Edge of the World. There they must face an enemy more evil than any they've encountered.

Viper's Daughter plunges you back into the Stone-Age world of Torak, Renn and Wolf: a world of demons, Hidden People and exhilarating adventure which has entranced millions of readers.

I've always meant to read these books and the release of Viper's Daughter was the perfect opportunity to start. It can be read as a standalone or part of the series, and I'll definitely be starting from the beginning after this.

My favourite thing in this book is how Wolf's perspective is captured. Wolf's viewpoint shows the events from a different angle and gives an insight into his relationship with Torak. It makes this book feel really unique and I'm looking forward to see how this builds from the earliest books in the series.

The world building in Viper's Daughter is incredible. Michelle Paver's author's note at the end explains how well it was researched, and this comes across in the book. The Stone-Age world is developed in incredible detail and makes this book an immersive read.

The characters are also really well drawn, from Torak, Renn and Wolf to the secondary characters. I particularly liked Renn, and found her motivations really believable.

I can see why this series is so popular and I don't know how it's passed me by until now. I'll have to fix that as soon as possible!

Thank you to Ed PR for inviting me to join the blog tour. The banner below has details of other stops on the tour. 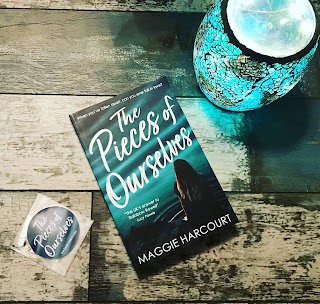 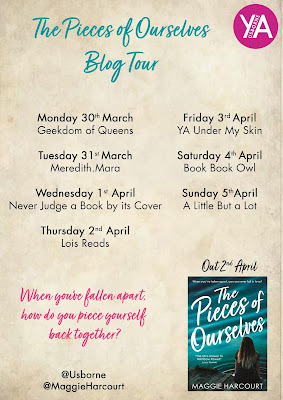