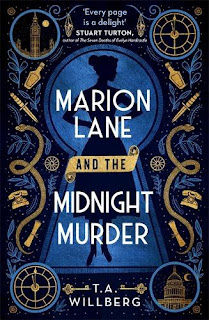 They were a band of mysterious private detectives who lived beneath the streets of London in a labyrinth of twisted tunnels and ancient hallways, the entrance to which no one had ever found...

Elaborately disguised and hidden deep beneath the city's streets lies the world of Miss Brickett's, a secret detective agency. From traversing deceptive escape rooms full of baited traps and hidden dangers, to engineering almost magical mechanical gadgets, apprentice detectives at Miss Brickett's undergo rigorous training to equip them with the skills and knowledge they will need to solve the mysteries that confound London's police force.

But nothing can prepare 23-year-old apprentice Marion Lane for what happens after the arrest of her friend and mentor, Frank, on suspicion of murder: he tasks Marion with clearing his name and saving his life. Her investigation will place Marion and her friends in great peril as they venture into the forbidden maze of uncharted tunnels that surround Miss Brickett's. Being discovered out of bounds means immediate dismissal, but that is the least of Marion's problems when she discovered that the tunnels contain more than just secrets...

I knew I'd love this book from the first moment I read about it. The cover, title and blurb all hint at a compelling mystery, and Marion Lane delivers.

T.A. Willberg has created a richly imagined world that immediately grounded me in the time period and fantasy setting, as well as gradually revealing details and building intrigue. There were so many clever touches and inventions!
I also loved how the characters were developed, each with interesting backstories and secrets to uncover. Marion is a brilliantly believable lead, and I'll look forward to following her through the series.

Marion Lane and the Midnight Murder is the perfect read for fans of brilliantly plotted, beautifully written historical fantasy and has a gripping mystery at its heart.
Thank you to Orion for including me on the blog tour and for the gifted copy! 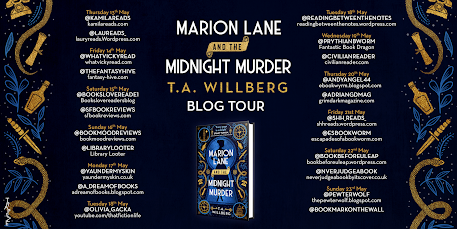