Everything is Fine blog tour review 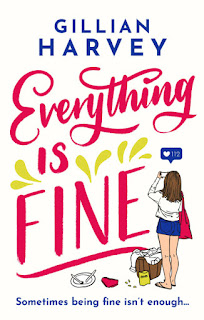 Jessica Bradley has it all: the perfect boyfriend; influential healthy-eating blog; successful PR company and wonderful daughter, Anna. Or at least that is what her thousands of followers believe.

The truth is, her boyfriend just broke up with her in four words on a post-it; her zest for healthy-eating has all but disappeared; her PR success is all reliant on her now not-so-honest online-life and she just got caught eating her daughter's Coco-Pops.

So as they say: fake it 'til you make it. A few little white lies and phoney smiling selfies and Jess can keep up appearances. But when her real-life starts to spiral out of control how can Jess tell the truth from the lies? And will she be able to seize real happiness when it is right in front of her?

Everything is Fine was an absolute joy to read! It gave me those happy feelings that I got when I first read Bridget Jones's Diary, with its brilliant voice, humour and characterisation. It’s definitely given me a taste for more adult comedy novels.

It feels like you're plunged into a real life, with social media and Jessica's struggles coming across as very relatable. Jessica is a great main character! She gets herself tangled up in all sorts of outlandish situations and I couldn't stop reading until I saw how it all worked out.

The voice also adds to the feeling of realism. Jessica comes across as a real person spilling all of her feelings and experiences. The dialogue is witty and believable, and there is an interesting cast of characters.

I'd definitely recommend Everything is Fine as a fun, feel-good read that gives perfect escapism for these uncertain times. 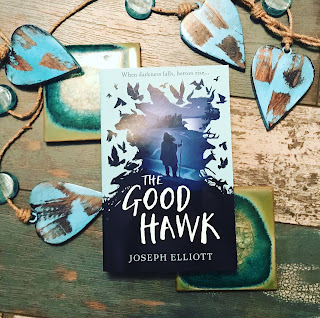 If everything was taken from you, what would you do to get it back? Agatha patrols the sea wall with pride, despite those in her clan who question her right to be there, because of the condition she was born with. Jaime is a reluctant Angler, full of self-doubt and afraid of the sea. When disaster strikes, the pair must embark on a terrifying journey to a land where forgotten magic and dark secrets lurk in every shadow... Thrilling and dark, yet rich with humour and compassion, this novel marks the debut of a wonderful new voice in fantasy and a welcome new kind of protagonist - perfect for fans of The Girl of Ink and Stars, Garth Nix and Michelle Paver.

The Good Hawk is the start of a gripping new series that is perfect for upper primary and lower secondary children, and anyone who wants a sweeping, adventurous read.

I loved the mythology and wild Scottish setting of this book. It’s a richly described world where the fantasy touches are unique and woven cleverly into the distinctive setting.

The alternating viewpoints worked really well and the extracts told through verse added a fresh, interesting dimension. I don't think I've ever read a book where a viewpoint character has Down's Syndrome. Agatha is a brilliant, very believable character, with strength and agency.

The plot of this book is also dark and gripping. It isn't often that the twists and turns of the plot catch me by surprise and I can't wait to see how this story develops in the next book!

Thank you to Walker Books for the gifted copy. 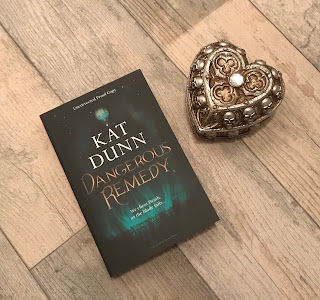 The first in a dazzling, commercial, historical adventure series set in the extravagant and deadly world of the French Revolution. A whirlwind of action, science and magic reveals, with a diverse cast of fearless heroines, a band of rebels like no other.

Camille, a revolutionary's daughter, leads a band of outcasts – a runaway girl, a deserter, an aristocrat in hiding. As the Battalion des Morts they cheat death, saving those about to meet a bloody end at the blade of Madame La Guillotine. But their latest rescue is not what she seems. The girl's no aristocrat, but her dark and disturbing powers means both the Royalists and the Revolutionaries want her. But who and what is she?

In a fast and furious story full of the glamour and excesses, intrigue and deception of these dangerous days, no one can be trusted, everyone is to be feared. As Camille learns the truth, she's forced to choose between loyalty to those she loves and the future.

Occasionally, there are books with an arresting voice that I know will become favourites from the very beginning. Dangerous Remedy is a beautifully written novel that is full of action and romance.

I'm a huge fan of novels with a large cast but I often find it hard to keep the characters straight. Even minor characters in Dangerous Remedy are memorable and the main characters are flawed, believable and interesting.

There is an intricate, utterly engrossing plot and I loved how I didn't know who to trust, or who was going to make it to the end.

The novel is obviously very well researched. Through evocative descriptions and facts, Kat Dunn gets the perfect balance of capturing the dangerous world of the French Revolution without weighing the plot down with unnecessary details.

I absolutely loved this book and I don't know how I'm going to wait for the sequel. Dangerous Remedy is out on 7th May in ebook and the hardcover date is to be confirmed.

Thank you to Zephyr for the review copy!

FLAWED, BELIEVABLE CHARACTERS AND LARGE CAST THAT I COULD ACTUALLY KEEP STRAIGHT.
Posted by YA Under My Skin No comments: