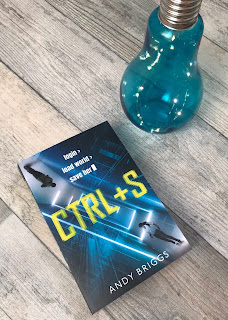 LOG IN > LOAD WORLD > SAVE HER.
Life in the near future's NOT ALL BAD. We've reversed global warming, and fixed the collapsing bee population. We even created SPACE, a virtual-sensory universe where average guys like Theo Wilson can do almost anything they desire.
But ALMOST ANYTHING isn't enough for some. Every day, normal people are being taken, their emotions harvested - and lives traded - to create death-defying thrills for the rich and twisted.
NOW THEO'S MOTHER HAS DISAPPEARED. And as he follows her breadcrumb trail of clues, he'll come up against the most dangerous SPACE has to offer: vPolice, AI Bots and anarchists - as well as a criminal empire that will KILL TO STOP HIM finding her...

I really enjoyed the Inventory series by Andy Briggs and this is another imaginative sci-fi novel but for an adult audience.

I liked the fact that this reads a lot like YA in places and generally feels accessible for someone who doesn't read a lot of sci-fi. The world is so creative – I love the idea of SPACE and the scope for good and evil that comes with such a system. I also thought the book deals with the concept of rights for forms of artificial intelligence in a really fresh, interesting way.

The book delves into some dark subjects that I found really gripping and disturbing at the same time. It made me think a lot about the terrible real-world situations where people are treated as commodities.

I also liked the interactions between Theo's friendship group and the insights into their viewpoints that the narrative style offered.

This is a smart, creative and thought-provoking book and I'll continue to read whatever Andy Briggs writes next.

Thank you to Gollancz for inviting me to join the blog tour and gifting the review copy!

You can check out the other tour stops on the banner below. 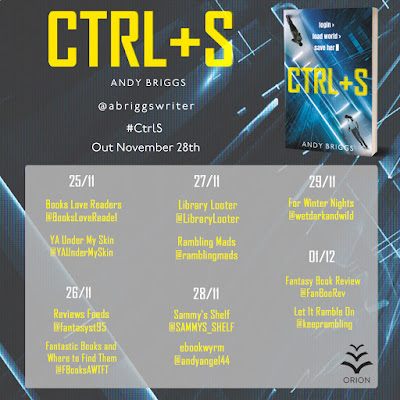 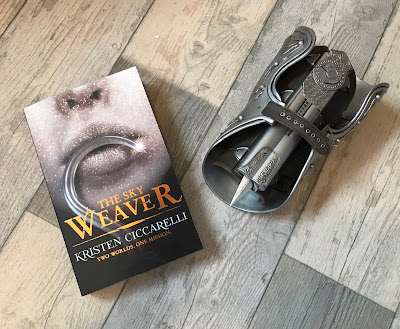 At the end of one world, there always lies another. Safire, a soldier, knows her role in this world is to serve the king of Firgaard—helping to maintain the peace in her oft-troubled nation.

Eris, a deadly pirate, has no such conviction. Known as the Death Dancer for her ability to evade even the most determined of pursuers, she possesses a superhuman power to move between worlds.

Now Safire and Eris—sworn enemies—find themselves on a common mission: to find Asha, the last Namsara. From the port city of Darmoor to the fabled faraway Star Isles, their search and their stories become woven ever more tightly together as they discover that the uncertain fate they’re hurtling toward just may be a shared one. In this world—and the next.

It's a rare series that keeps my engagement this consistently high. If possible, I liked this book best of all.

I'm not always a fan of shifting the focus character in subsequent books, but in this series it works really well.The characters from the other books still play an important role but this device enables the plot to go off in different directions. That way, we get pirates and dragons in the same book!

Another thing I love about the Iskari books is the rich mythology. Short extracts between the main plot build into a story with all of the darkness of the best fairy tales. I enjoyed trying to work out how these stories would impact on the main plot.

This book also has a great balance of action, fantasy and one of my favourite recent F/F romances! I won't say any more because of spoilers, but it was definitely my favourite thing about the book.

This is such a brilliant series and definitely one I'll come back to. The writing is gorgeous, the characters are memorable and the plot is gripping.

Thank you so much to Gollancz for including me on the blog tour! Check out the banner below for the other tour stops. 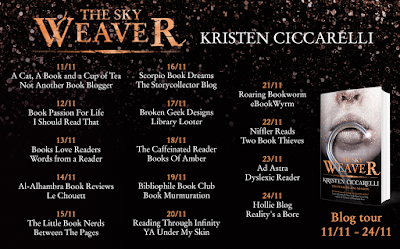 Iskari books - is that what they're called?
Posted by YA Under My Skin No comments: 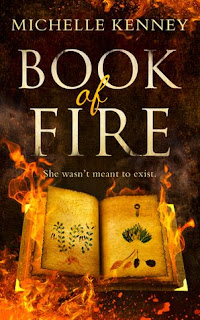 An unexpected forest raid forces Talia into a desperate mission to rescue her family while protecting the sacred Book of Arafel from those who would use it as a weapon. As Talia and her life long friend Max enter the dome, she makes some unexpected discoveries, and allies, in the form of rugged Insider August, that will change the course of her life forever.

She’ll stop at nothing to save her family but will she sacrifice her heart in the process?

I love discovering a great series late because it means there are already more books to read! This series has the epic feel of my favourite dystopians but uses elements from history and science-fiction to create something entirely new.

The world building in this book is brilliant and I think the historical touches have a lot to do with that. I really liked how the world is build around the Roman Empire, with other historical elements woven in. It was great fun trying to spot the different references!

I also found the pacing really strong and I think that's in part to do with the plotting but also the characters. The action definitely builds as the book progresses and I was tearing through it by the end. I also really liked the interactions and relationships between characters that build through the book. It wasn't always easy to pick out the trustworthy characters, and I love that!

Book of Fire is an exciting start to the series and I can't wait to pick up the next two instalments.

Thank you to HQ Digital for the review copy!

The Dragon in the Library by Louie Stowell – review 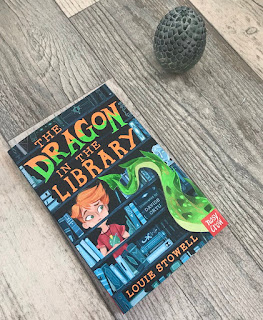 She’d MUCH rather be outside, playing games and getting muddy, than stuck inside with a book. But when she’s dragged along to the library one day by her two best friends, she makes an incredible discovery – and soon it’s up to Kit and her friends to save the library … and the world.

I had a great time at the launch of this book in June but it somehow got lost in my TBR pile until now. The Dragon in the Library is just as good as it sounds and I devoured it in one sitting. It has memorable, diverse characters, a strong voice and a message about the power of reading and libraries.

The writing in this book is brilliant! It's funny, fast-paced and quirky, with a plot that kept my interest and took me by surprise. It's perfect for the target audience of 5 to 8 year olds but an engaging read for all.

Davide Ortu's illustrations are gorgeous too. The characters are distinctive and expressive and the illustrations bring the vividly described settings to life.

I also loved the characters. Kit is a brilliant protagonist who has agency, makes mistakes and grows through the book. She makes a great team with her friends, who are also well-developed and interesting in their own right. My favourite character is Faith. It's so refreshing to have a fleshed-out, likeable adult character in a book for this age range. She's smart, cool and has a definite Giles-from-Buffy vibe.

It's great that this book leaves readers with such positive messages too: libraries and reading are vital and it's up to individuals to make a difference.

I can't wait for the next instalment in this series and will read anything Louie writes.