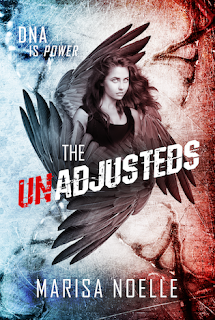 Today is my stop on the blog tour for The Unadjusteds, the first of an epic new dystopian series by Marisa Noella. Marisa has more ideas for books than just about anyone I know, so I'm excited to share her thoughts about writing inspiration.

Everyone has a book in them.

That’s the common expression. I’m sure it’s true – everyone has a story to tell – but I do giggle when I hear it. When I think of the learning curve of everything that needs to be learned.

But as authors, if we want to make a career out of it, we need more than one idea. So where does inspiration come from? 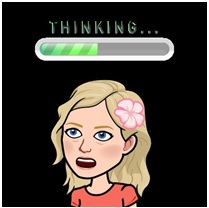 The answer is a variety of places. Book ideas can come from eavesdropping on conversations, to learning about a strange career. Far-flung vacations can give us cool settings and an argument can gives us ideas for a central conflict. Some recommend extreme experiences or putting yourself in a situation that takes you out of your comfort zone. But you don’t need to live in an Ashram or climb Everest or swim with dolphins to generate ideas. 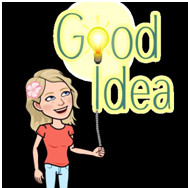 My own inspiration has come from a great many places. One of the novels sitting on my laptop was created when one word was spoken to me: “plastic.” I knew I wanted to create something in the style of Peter Benchley’s Jaws, but with environmental impact. This book has evolved into something like Dean Koontz’s The Watcher’s X Stranger Things X Jaws, with a floating trash island that combines with a genetically altered algae to give rise to a terrifying monster. My forthcoming mermaid book, due out Spring 2020, which is the first of a series of five, was born from listening to Train’s Mermaid song. I listened to the song on repeat for over a year, without getting bored of it, and the whole feel of the novel, plot and characters came to me. That song has become the backbone of the entire book. Sometimes a setting will come first, or a character, or even the central plot. And then I pick and pick at it until I have all three. Only then do I know if the idea is strong enough to spend weeks writing out.

Productivity, determination and a thick skin are all important for developing a career in writing, but none of it would matter if we didn’t have an idea. My novel, The Unadjusteds, will be released on November 1st and one question I get a lot is where did I get the idea?

The answer – a few different places.

The novel is about a world where 80% of the population has had some form of genetic modification. Wings, super speed and high intelligence all exist. But there are the remaining 20%, the unadjusteds, who want to stay the way they are.

I was a bit of a science geek at school. I studied Biology through A-level and really enjoyed figuring out how the body works. We touched on genetics and it fascinated me how things are passed down to from one generation to the next.  How a baby with red hair can pop out after generations of its absence. Or how a person might come to have two different coloured eyes. Mutations were even more interesting. I researched anything from albino snakes to two-headed frogs and everything in between.

In the mid-90s, Dolly the Sheep was cloned. 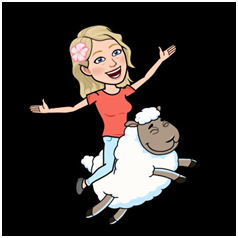 I had so many questions. Where did they grow it? How? Did it have a soul? Did it have anything to do with God? Did God even exist? (BTW – asking a series of questions like this is a great way to generate ideas).

My wandering contemplations kept the questions alive for several years. When the concept of designer babies was born, I had more questions about the ethics and morality. It’s all well and good to be able to grow a spare organ on a rat’s back and eradicate sickle cell anemia with genetic tampering, but choosing the sex of a baby? Its eye colour? Its intelligence level? This aspect felt wrong to me. But who was I to decide where to draw the line?

via GIPHY
And so the concept of The Unadjusteds was born – a novel to explore the full genetic potential of our species, but also where those ethical lines should or could be drawn and how they might be ignored. What would be possible if we had a power-hungry president who wanted to ignore those boundaries? Sounds a little scary, doesn’t it?

I’m lucky enough to have a genetic scientist for a brother. I don’t understand half of what he lectures about, but he was my sounding board for the science stuff: the what if questions, the plausibility and authenticity of the genetic modifications. Talking with him sparked more ideas and more questions about this world I was building and I couldn’t write the book fast enough. My character came to me fully formed in a dream and I knew exactly who she was.

I wrote the first draft in six weeks, often typing away in the evenings while my husband watched TV. I was hugely pregnant with my third child and wanted to get the book out before he arrived. But the more I wrote, the more I realized one book wasn’t enough for this story. I hadn’t planned to write a trilogy. But when I typed The End on that first draft, I knew Silver’s story was only just beginning. The next two installments in the story came to me very quickly and combined my love of science-fiction, fantasy and horror. I’ve always devoured books by Dean Koontz, Stephen King and Michael Crichton and I like to think The Unadjusteds trilogy has elements of them all.

Do look out for giveaway competitions on my twitter page @MarisaNoelle77 and if you want to learn more about The Unadjusteds, there is a dedicated website with lots of fun quizzes and info – www.TheUnadjusteds.com

Good luck to all of you and may you find inspiration!

Thanks so much for your insights Marisa! The Unadjusteds will be released on 1st November and I can't wait to pick up a copy.