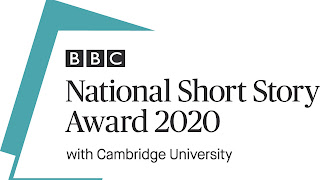 I've been an ambassador for the National Short Story Award for three years now and I'm thrilled to announce this year's shortlist. It's been described as a bold, experimental selection and I can't wait to read the stories! Congratulations to all of the shortlistees.

The 2020 winner will be announced live on BBC Radio 4’s Front Row on Tuesday 6th October.

All five stories will be broadcast on Radio 4 and on BBC Sounds and published in an anthology produced by Comma Press.

About the short stories:

British-Ghanaian Caleb Azumah Nelson’s ‘Pray’ is a ‘vibrant, invigorating and agile’ story set over a summer in South East London. Charged with ‘wit, anger, affection and sorrow’, the story shows the reality for young black men navigating a world that ‘wasn’t built with us in mind’.  With characters and dialogue so alive they reach out from the page, ‘Pray’ explores fear, injustice, masculinity, race and the origins of violence. Caleb’s eagerly anticipated debut novel Open Water recently sold in a nine-way auction and publishes in February 2021.

Jan Carson, winner of the EU Prize for Literature for Ireland 2019, is shortlisted for her ‘tender, humane and sharply observed’ story ‘In The Car With the Rain Coming Down’. Inspired by her upbringing in rural, Protestant Northern Ireland, she takes both her characters and readers on a literal and emotional journey, weaving together family politics and community rivalries as a family set off on an ill-fated picnic. Tender, nuanced and funny, it will resonate with anyone who is part of an extended family.

Carson is joined on the shortlist by Sarah Hall, the 2013 BBC NSSA winner, twice nominated for the Booker prize and the author of five novels. ‘The Grotesques’ is the ‘brilliantly observed and layered story’ of a young woman’s birthday gathering. Set against the backdrop of privilege and inequality in a university town, it explores themes of toxic mother-child relationships, covert control, scapegoating, and the masks we can wear to either challenge or conform to our place in society.

Shortlisted for the Award for the first time is Keats-Shelley Prize runner-up and one-to-watch Jack Houston with the ‘uncompromising, compelling’ ‘Come Down Heavy’, inspired by his own experiences. Echoes of Kae Tempest and Irvine Welsh imbue the prose-poetry of his ‘breathless’ work – a spiralling, unsettling and disorientating story of two women’s seemingly unstoppable descent into a world on the fringes of society; a world of poverty, violence, addiction and despair.

Completing the shortlist is Eley Williams, Creative Writing Lecturer at Royal Holloway and winner of the James Tait Black Prize, shortlisted for her surreal and succinct ‘Scrimshaw’. A ‘fresh, funny’ take on millennial relationships and the perils of modern smartphone communication, this ‘taut tale’ told via a late-night text session and inspired by the ‘literary nonsense’ of Edward Lear and Ivor Cutler, explores self-censorship, anxiety, attraction and the boundaries of language.

The BBC also continue to celebrate young, emerging talent with the sixth BBC Young Writers’ Award with First Story and Cambridge University shortlist announced on Sunday 20th September. Open to 13 – 18 year olds, the aim of this Award is to inspire and encourage the next generation of short story writers and is a cross-network collaboration between BBC Radio 4 and BBC Radio 1. The winner of the BBC Young Writers’ Award will also be announced on 6th October on Front Row.

·         From Monday 14 September: An anthology – The BBC National Short Story Award with Cambridge University 2020 – introduced by Chair of Judges Freedland and published by Comma Press will be available at www.commapress.co.uk and all good bookshops priced £7.99.

·        Tuesday 6 October: The announcement of the winners of the two awards and a celebration of the 15th anniversary of the BBC National Short Story Award will be announced in a special short story edition of BBC Radio 4’s Front Row from 7.15pm.