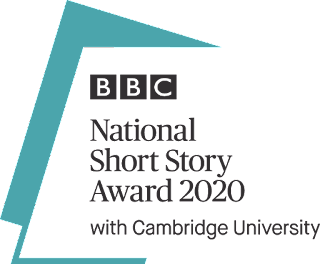 Due to the current covid situation, this will be the first time in three years that I've not attended the BBC National Short Story Award as an ambassador. Still, I'm delighted to announce the winner of the adult and Young Writers' Awards! There are details below of where you can find the stories online. As usual, they're incredible reads. Congratulations to the shortlistees and winners! 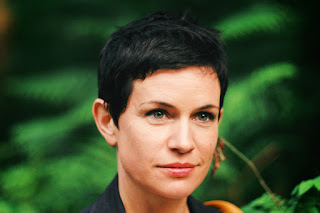 Four-time nominated Sarah Hall has won the fifteenth BBC National Short Story Award with Cambridge University (NSSA) for the second time with ‘The Grotesques’, a ‘timeless and unsettling story’ set against a backdrop of privilege and inequality in a university town. Exploring themes of powerlessness and privilege, dysfunctional mother-daughter relationships, covert control, identity and scapegoating, the judges praised Hall for her ‘extraordinary’, ‘layered’ and ‘masterful’ writing and cited her second time win as ‘recognition of her standing as the country’s foremost writer of short stories’.

The first double win in the Award’s history, the news was announced live on BBC Front Row on Tuesday 6 October by 2020 Chair of Judges Jonathan Freedland in a special programme celebrating 15 years of the Award. ‘The Grotesques’ is available to listen to on BBC Sounds and appears in Hall’s latest collection Sudden Traveller, published by Faber in 2019. Its titular story was also shortlisted for the Award in 2018.

“I’m stunned to have won. No one expects to repeat a shortlisting, let alone be honoured with an award like this twice. It’s an incredible privilege and reward. And with this prize comes a tremendous amount of support for the form itself - from tenacious, passionate advocates at the BBC and Cambridge University, to expert judges, and the writers who continue to innovate, experiment and create astonishing, vital, questioning worlds within stories. We can see from this year’s shortlist the diversity and range showcased. In the hands of these writers, over only a few pages, so much is possible and words become utterly potent. It’s hard to turn a good story, it requires the compression and alchemy of so many aspects, ideas, details, experiences and observations. I truly love the form, its disproportionate power, disquiet and refractive metrics, its ability to stir the reader or listener, even, at best, to overturn our secure notions of who we are and what we believe. There are days when we are lost, when not much makes sense and answers to the vexing human question seem impossible. On those days nothing is as companionable as a short story. That goes for writing them too.”.

Alongside the BBC NSSA, BBC Front Row also announced the sixth annual BBC Young Writers’ Award with First Story and Cambridge University, an award created to inspire and encourage the next generation of short story writers. Open to 13–18 year olds at the time of entry, it is a cross-network collaboration between BBC Radio 4 and BBC Radio 1. The award was won by Lottie Mills, 19, from Stevenage, Hertfordshire for ‘The Changeling’. Lottie was previously shortlisted for the BBC YWA in 2018. Her story is also available on BBC Sounds.