The Cruelty by Scott Bergstrom - Review 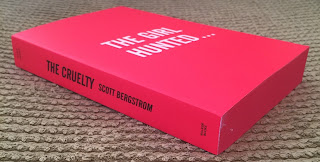 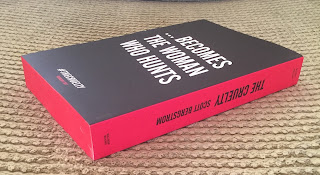 Publisher: Walker Books (9th February 2017)
When Gwendolyn Bloom realizes that her father has been kidnapped, she has to take matters into her own hands. She traces him from New York City across the dark underbelly of Europe, taking on a new identity to survive in a world of brutal criminal masterminds. As she slowly leaves behind her schoolgirl self, she realizes that she must learn the terrifying truth about herself. To overcome the cruelty she encounters, she must also embrace it.
I didn’t know what to expect from this book, except that I found the blurb super intriguing. The Cruelty is one of the most exciting books that I've read for a long time. It's fast paced, disturbing and utterly gripping.

I've never read a YA thriller that deals with a frightening underworld of criminals in such a believable, visceral way.
Gwendolyn is a brilliant character, who has to explore some very dark places in the world and inside herself to seek her father. It was fascinating to watch her develop and I loved how the book made me think about the moral dilemmas that Gwendolyn faced.

She also meets some fascinating characters on her journey, all of whom felt realistic and well-developed (even those she met for only a short time).

The settings were another real strength. Over the course of the book, there were some incredible locations and the descriptions captured them in vivid and sometimes terrible detail.
This is a dark, unique and thrilling book. At the time of writing this blog, the ebook is only 98p on Kindle - go go go!

If you liked the sound of this, now try the Blood for Blood trilogy by Catherine Doyle.
Posted by YA Under My Skin