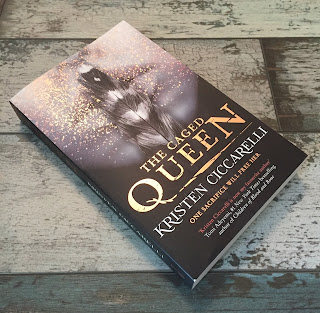 Roa and her sister Essie were born with a bond so strong that it forged them together forever. It was a magic they cherished - until the terrible day Essie died and her soul was trapped in this world.

Dax, the heir to the throne of Firgaard, was responsible. Roa swore she would never forgive him - yet when he came begging for her help to dethrone his cruel father, Roa made him a deal. She'd give him the army he needed if he made her queen.

Now she is royalty, but an outlander; far from home and married to her enemy. And even after everything she has sacrificed, Dax's promises go unfulfilled. Roa's people still suffer.

Then a chance to right every wrong arises - an opportunity for Roa to rid herself of this enemy king and rescue her beloved sister. During the Relinquishing, when the spirits of the dead are said to return, Roa can reclaim her sister for good.

All she has to do is kill the king...

I adored The Last Namsara and it's rare to find a sequel that I enjoyed just as much as the start to a series.

My favourite thing about these books is the world building. An incredible layer of mythology is woven through the plot and I loved how this book added new dimensions to the world established in The Last Namsara.

I also thought the characters were brilliant. At first, I wasn't sure how I'd feel about the story moving away from Asha but I thought it worked really well. I enjoyed the way the characters overlapped but that the story focused on Roa this time. Her connection with her sister was believable and I rooted for them – I'm a huge fan of sister relationships in books! I also liked the moral ambiguity of some characters and trying to work out what side they were on.

That leads me to another aspect that I really liked. The plotting in this book is so tight, with intriguing snippets from the past, and I raced through it to find out who would triumph.

This is a fast-paced, well-written fantasy with interesting characters and I can't wait for the next book!

You can follow the other stops on the epic blog tour using the banner below! 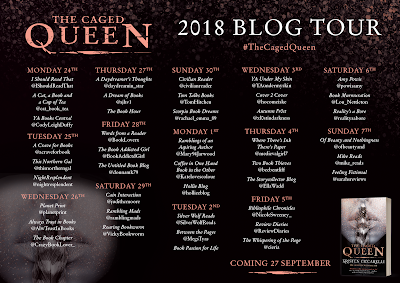