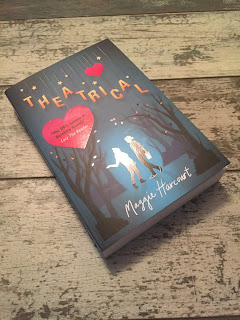 I'm so grateful to Usborne for including me on this blog tour. This book was an absolute delight to read and it evoked the world of theatre brilliantly.

Hope dreams of working backstage in a theatre, and she's determined to make it without the help of her famous costume-designer mum. So when she lands an internship on a major production, she tells no one. But with a stroppy Hollywood star and his hot young understudy upstaging Hope's focus, she's soon struggling to keep her cool...and her secret.

One of my earliest memories is going to the theatre with my grandad. I loved curling up against him to watch Carousel, The King and I, The Mikado and countless other musicals. Even better were the ones where I got to see him onstage as part of the local amateur performances. My grandma used to handle the props, so from behind the wings, I would get swept away in the stories at the same time as seeing how the elusive magic came together. Since then, my love of the theatre has only grown, taking me to Broadway to watch Wicked and the West End for The Cursed Child.

This was one of the reasons I enjoyed Theatrical so much. It perfectly captured the many ingredients and hours of work that go into a theatre production, which come together to create a mesmerising performance. All of the little details that went into Theatrical made it such an authentic representation of theatre.

An amazing play needs a cast to bring it to life, and I thought the characters in Theatrical were brilliant. I really responded to Hope as a main character. It's clear what she wants and I was cheering for her to succeed in her internship. Tommy Knight was my other favourite character. He went on a really interesting journey as a character and I'm always there for the loveable rogue!

This is my first Maggie Harcourt book and I swiftly bought her others after reading Theatrical. This book is sweet, entertaining and romantic, and it was impossible to stop reading.

If you'd like to follow the other tour stops, you can check out the handy banner below. It'd be great to hear about your favourite plays or experiences in the theatre. Leave me a comment or find me for a #Theatrical chat on Twitter! 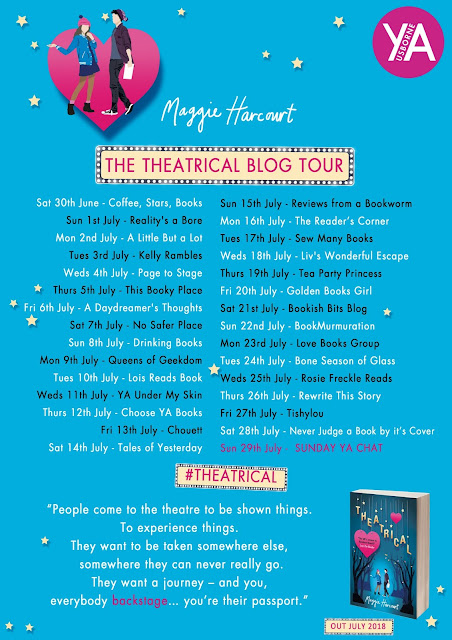