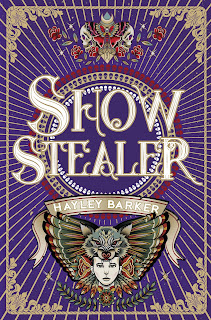 I'm so pleased to share a guest blog from Hayley Barker as part of the Show Stealer blog tour. I've heard amazing things about this series so I think this might be the perfect time to start reading. Today, Hayley has some tips to share with aspiring writers. Since I'm about to embark on the terrifying world of querying agents, this post has come at the perfect time. 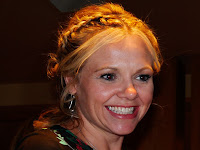 My top tips for aspiring writers


I still feel a bit ridiculous when anyone asks me what I do for a living and I self-consciously mumble that I’m an author. It’s not because I’m embarrassed about it –it’s the opposite. It’s the dream job, for me at least, and it seems as incredible that I should be describing it as my profession as it would if somebody was to tell casually me they were a rock star, or a Hollywood film producer or a bank robber.

Still, it happens to people and it’s happened to me--something I will forever feel blessed for. I’m not, as so many hilarious people often quip, about to become “the next JK Rowling,” but I do write for a living and my books are in shops and it’s more than I ever really thought possible.

So how the heck did it happen? Well, it was through hard work and a lot of luck. I’m a firm believer, though, in the old adage that you make your own luck. I took some steps and did some things that made all the difference for me – turning me from a girl who loved books into a woman who wrote them and here, for what it’s worth, are my five top tips for anyone who may be hoping to do the same.

1. Get the bloody thing written: sit down and keep pounding away on your keyboard until it’s done. Don’t worry about the bits that feel clunky and awkward or about the bits that don’t flow; write them anyway. Write those first words down and continue all the way through that difficult middle bit which feels like it lasts forever, until you reach the end. How many people start a book and never finish? I don’t know, but I reckon it’s a lot. If you can get the first draft down, you’re already further on the journey than most and you can worry about all the tricky bits after, which brings me nicely onto point 2…

2. Revise, revise, revise. Once you’ve finished the first draft, leave it alone for at least a month. When you do go back to it, be ruthless with yourself. You can’t afford to be too sentimental or precious: chop out whole scenes--whole characters even-- if you know in your heart that they aren’t strong enough. Tweak and polish and refine until you’re happy, and then do it again…and again…and again. Until you find yourself an agent and a publisher, you need to be your own editor. Look at the big picture first and, once you’ve got that right, you can start to massage the finer details. Don’t even think about sending that manuscript off to anyone until you know that it’s the very, very best thing you’ve ever written and it can’t get any better. That’s not true, of course–you’ll end up transforming it all over again when you get your book deal--but that’s another story.

3. Go to a writer’s festival. I went to the Winchester one and, I can honestly say, it changed my life. There are lots of wonderful things about the experience, but the best of all is that you get to make 1-1 appointments with publishers and agents. They’ll look at your work in advance and they’ll talk to you about it and offer you their invaluable advice. Even if they don’t want to represent you, they’ll tell you if you’re going along the right lines and make suggestions as to what you need to do to move things along to the next step. Listen to what they say: It’s bloody scary, but it’s necessary and if most, or all, of them say the same thing about your work, it’s probably true. Plus, you’ll get to meet lots of other people there who have the same passion as you, and that leads me on to point four….

4. Find your people. Maybe, amongst your friends and family, you sometimes feel a bit of an anomaly. Maybe you’re the only one of who you who has this strange compulsion to write; the only one who dreams with a pen in their hand. You aren’t an anomaly though, and you aren’t alone, not if you don’t want to be. Going to writers’ festivals, joining local groups or connecting with the army of writers on Twitter and Instagram will help you find your tribe. People who know what rejection feels like because they’re going through it themselves maybe, or, more positively, have come out of the other side: who’ve been on a journey a bit like yours and who will help to guide you along the path if they can, or maybe just hold your hand through the tricky part if they can’t.

5. Be resilient. Just like Robert the Bruce’s spider, try, try and try again. Nobody said this would be easy and nobody said it would be without heartbreak. It’s worth it though, I promise you, and it’s yours if you don’t give up. Listen to feedback, even if it’s not always positive, and look at your work gain. Take every rejection, and there are bound to be some, maybe even many, and let it make you stronger. You’ll get there, I know you will.

Thanks so much for sharing your tips Hayley, and thank you to Scholastic for inviting me to join this blog tour! If you'd like to follow the other stops on the tour, you can check them out below. 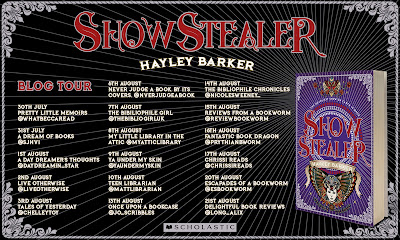