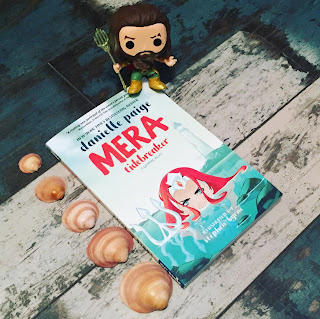 Princess Mera is teenage royalty and heir to the throne of Xebel, a colony ruled by the other no-so-lost land under the sea, Atlantis. Her father, his court, and the entire kingdom are expecting her to marry and introduce a new king. But Mera is destined to wear a different crown....

When the Xebellian military plots to overthrow Atlantis and break free of its oppressive regime, Mera seizes the opportunity to take control of her own destiny by assassinating Arthur Curry—the long-lost prince and heir to the kingdom of Atlantis. But her mission gets sidetracked when Mera and Arthur unexpectedly fall in love. Will Arthur Curry be the king at Mera’s side, or will he die under her blade as she attempts to free her people from persecution?

I’m super excited to join the blog tour for Mera: Tidebreaker because I loved her character in the Aquaman movie. Add in the fact that it was written by Danielle Paige and you’ve got a perfect combination!

Stephen Byrne’s artwork is absolutely stunning. Both Aquaman and Mera's personalities and expressions really come through the artwork (and they look gorgeous). The muted ocean shades create a stunning contrast to Mera's hair, too.

I really enjoyed the plot of this graphic novel and the suggested origin story for Mera and Aquaman. Danielle Paige’s witty dialogue created some real chemistry between them and I’m a huge fan of the enemy to friends arc. The storyline felt very fresh and I enjoyed the transition from a setting under the ocean to on land.

Mera is definitely a character that I want to see more of. I loved Danielle Paige's portrayal of Mera as a fierce warrior who is conflicted about her responsibilities as princess, and could teeter over into villainy.

I haven’t read a graphic novel for ages and this has definitely made me want to read more! It’s a fun, romantic read and I hope to see more collaborations between Danielle Paige and Stephen Byrne in the future.

You can check out the other tour stops for this brilliant graphic novel using the banner. 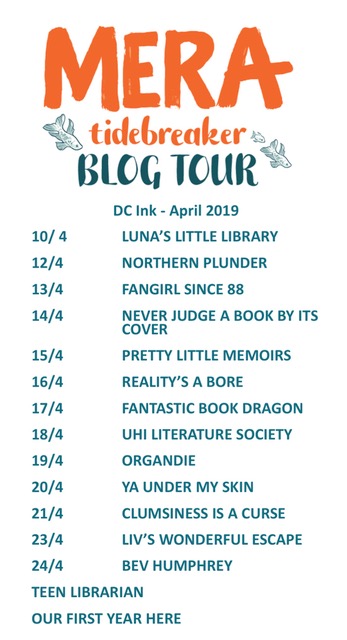